From being constructed as a saltwater man-made canal, the Buckingham Canal in Chennai reminisces itself as the longest navigable channel. Having its course well-articulated in the city as a thoroughfare, fell prey to the materialist urban development affair, with MRTS line encroached along its urban stretch, rendered it being unnavigable and wretched. Falling victim to the rampant sewage and urban pollution and encroachment, the canal is hardly a waterway any more. The climate of the city is such that there could be no perennial waterway hence this project is a skeptic approach to investigate the canal as a kid’s friendly street that re-purposes as a storm water drain, a cycle street and neighbourhood spaces. 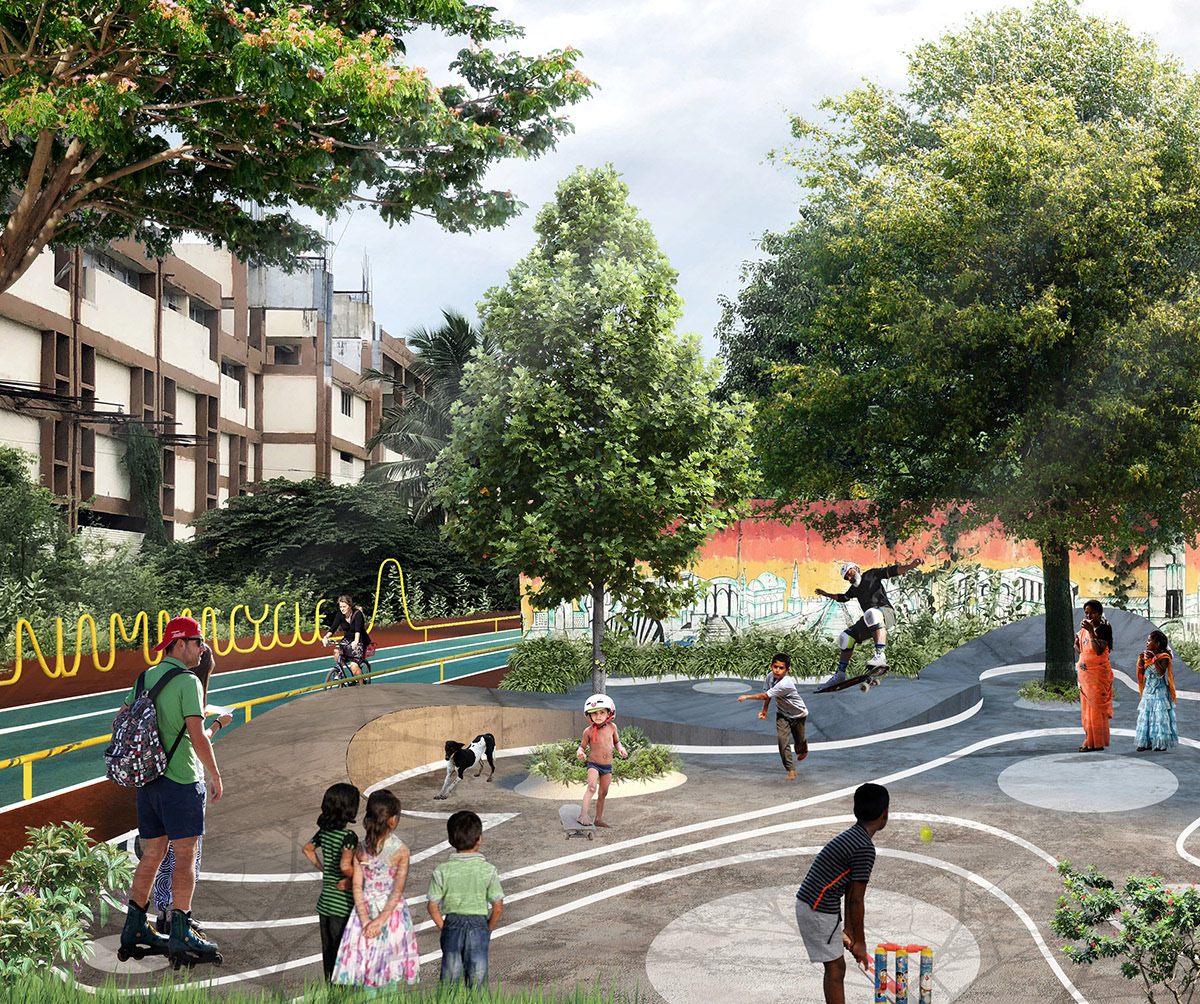 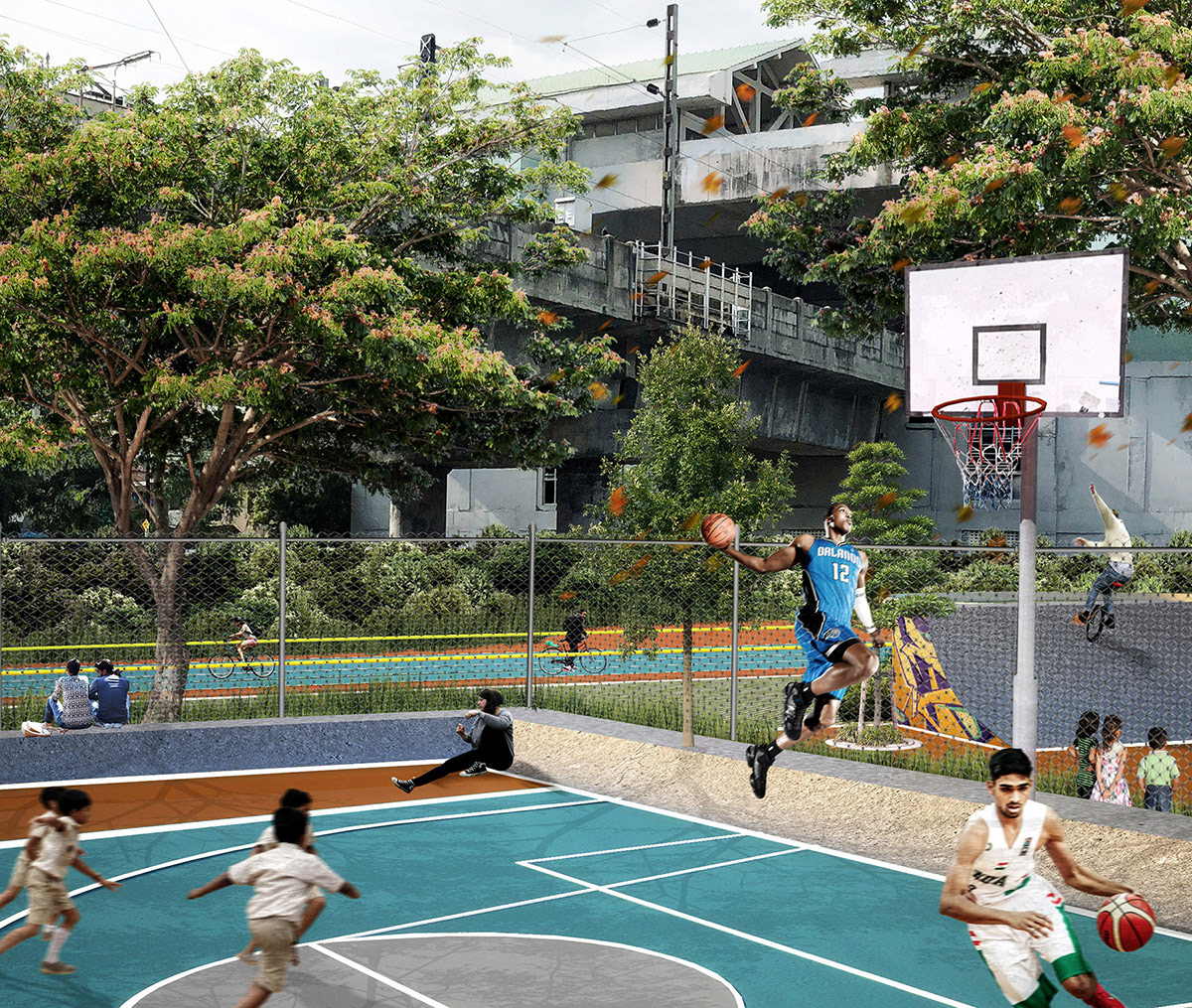 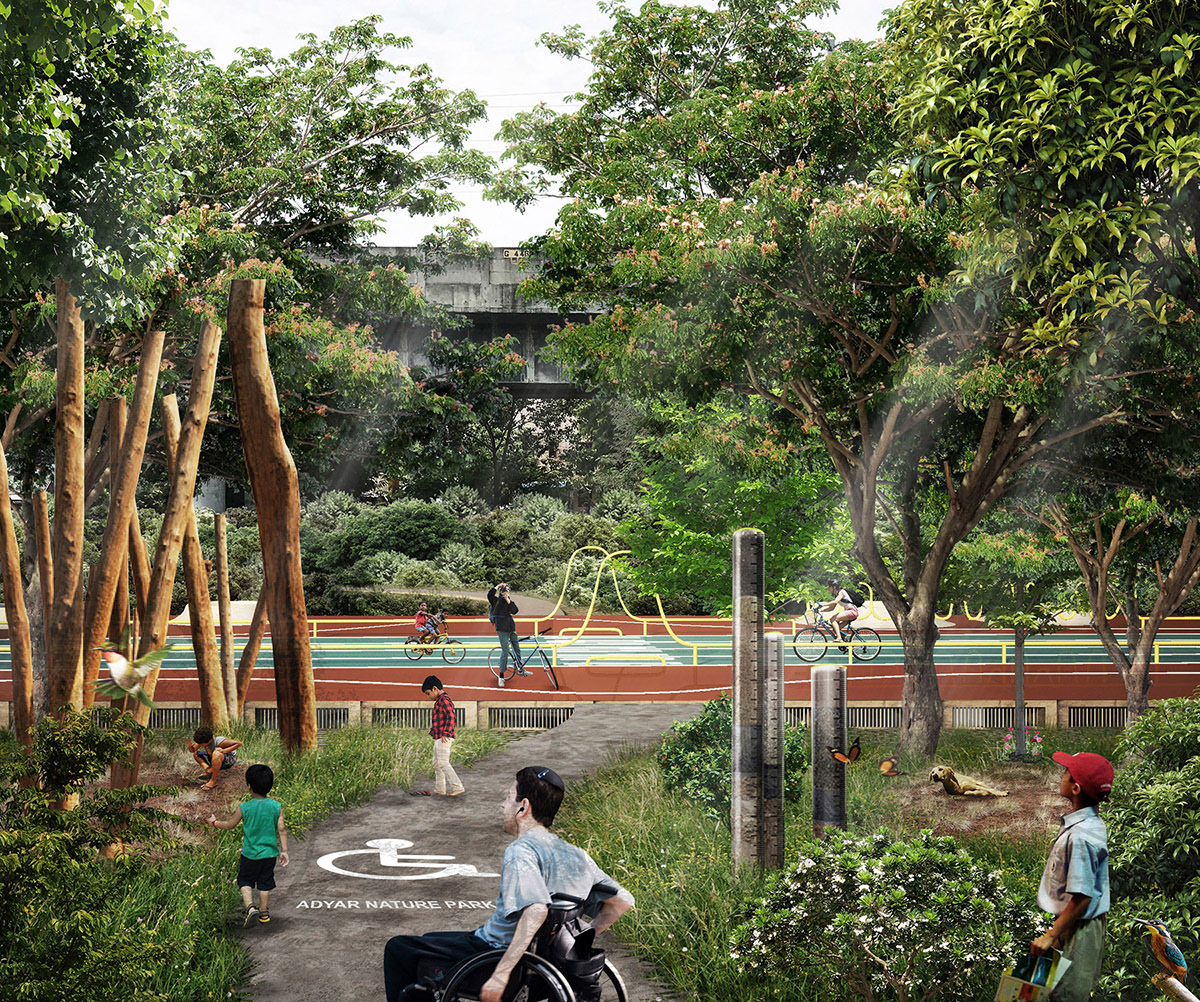